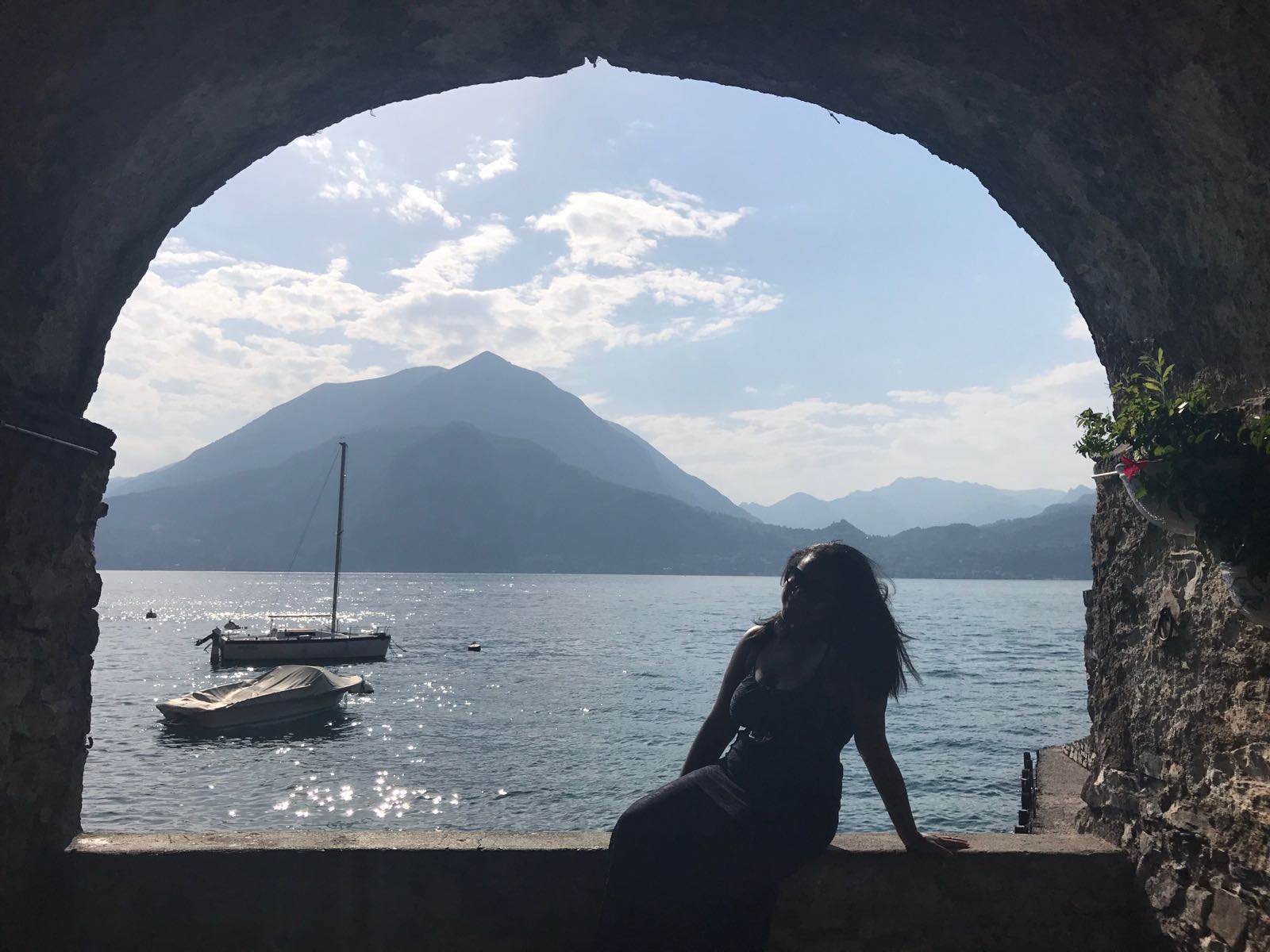 Located in Northern Italy, perhaps Lake Como is best known for George Clooney’s home. Admittedly, I didn’t know this tidbit until I arrived and was asked by numerous people from around the globe if that’s why I chose to visit.  I chose it because I’d seen beautiful pictures, it was a quick trip from Milan, and made sense in my route (which changed after visiting Como).

GETTING THERE
I arrived in Milan at Malpensa Airport and took a quick train ride to Como. The ride is around an hour, but it took me a bit longer since I was initially confused by the number of trains at Milano Central.  The number of options coupled with the language barrier made my trip a bit longer than expected.  What I should’ve done was just hopped on a train as they display the route on a screen once you’re on the train. Then I could’ve hopped off and on until I found the right one.  Next time…

WHERE TO LAY YOUR HEAD ON A PILLOW
Lake Como has a bunch of small villages, perhaps the most famous is Bellagio.  I chose to stay in Como proper at Ostello Bello Lake Como because it had great reviews on Hostel World, Trip Advisor, and Hotels.com (I like to cross check). I made the right choice; I was comfortable, had a good time, and met some great people. 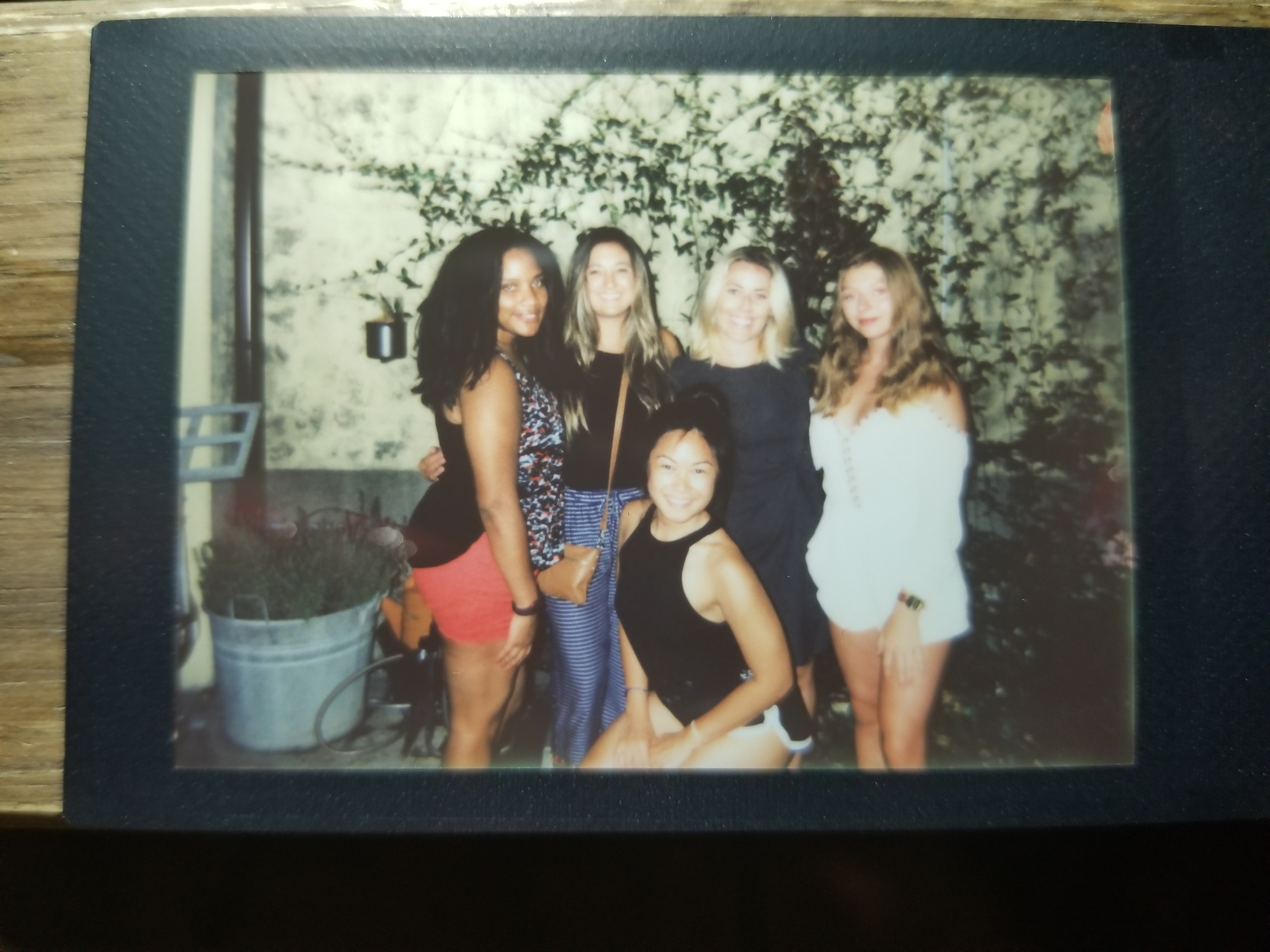 GETTING AROUND LAKE COMO
You can get around Lake Como by bus, train, ferry, or my favorite because it’s free – your own two feet.  Plus, I’m averaging about 16,000 steps a day, which is about 15,000 more than my normal average. The bus I needed only ran about once an hour, so look at the schedule and plan accordingly.

WHERE TO EAT
Since my hostel provided free breakfast and dinner, I didn’t worry about food too much.  To get a break from pasta, I visited La Vita e’ Bella for a salad. The number of salads was almost overwhelming, but again, it’s a healthy alternative to pasta.

Then, to balance my healthy choice, I made room for gelato. As you can see from the line, Gelateria Lariana is a hit.  My favorite flavor was cherry, which tastes almost like Ben & Jerry’s Cherry Garcia ice cream. 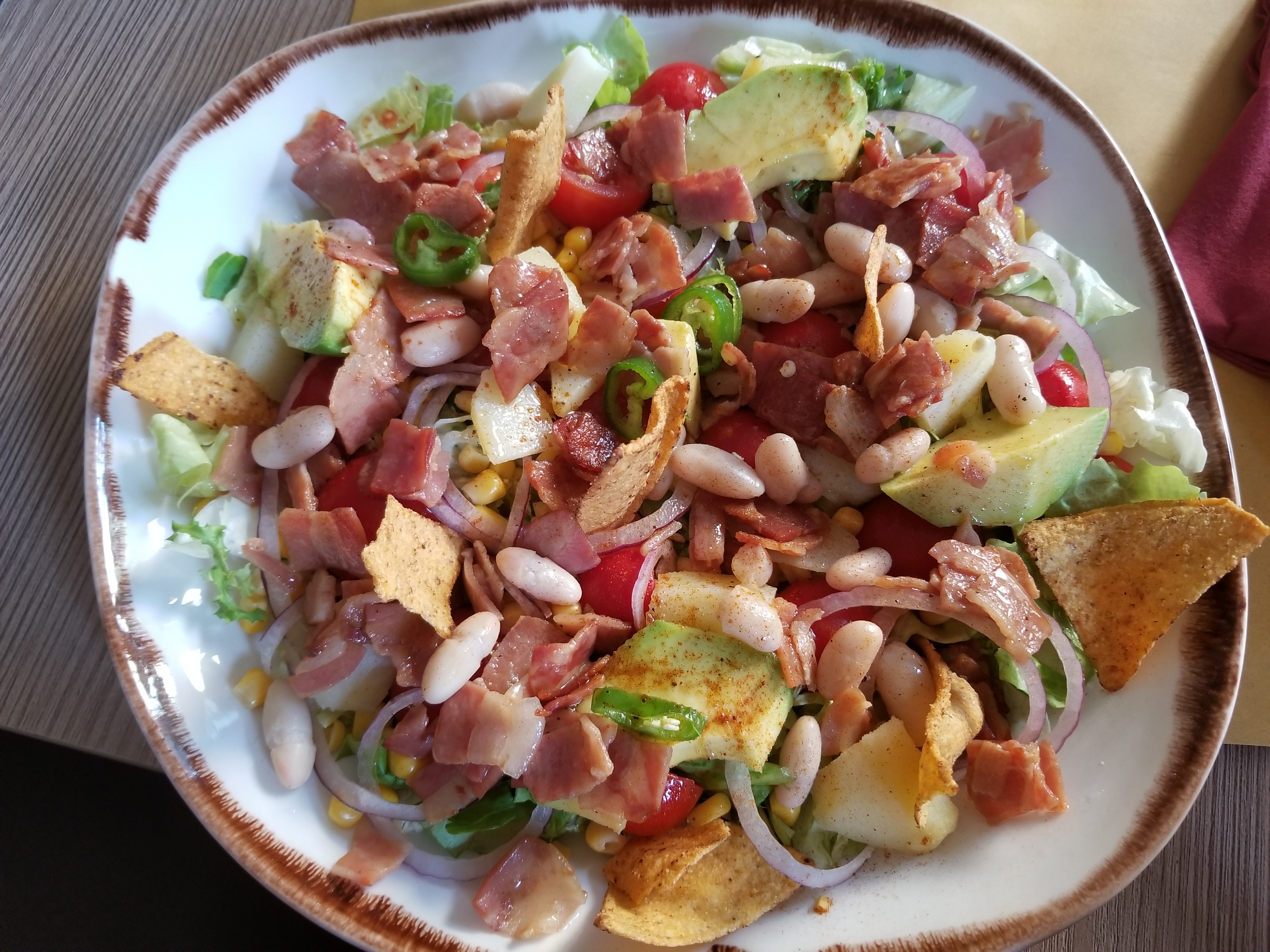 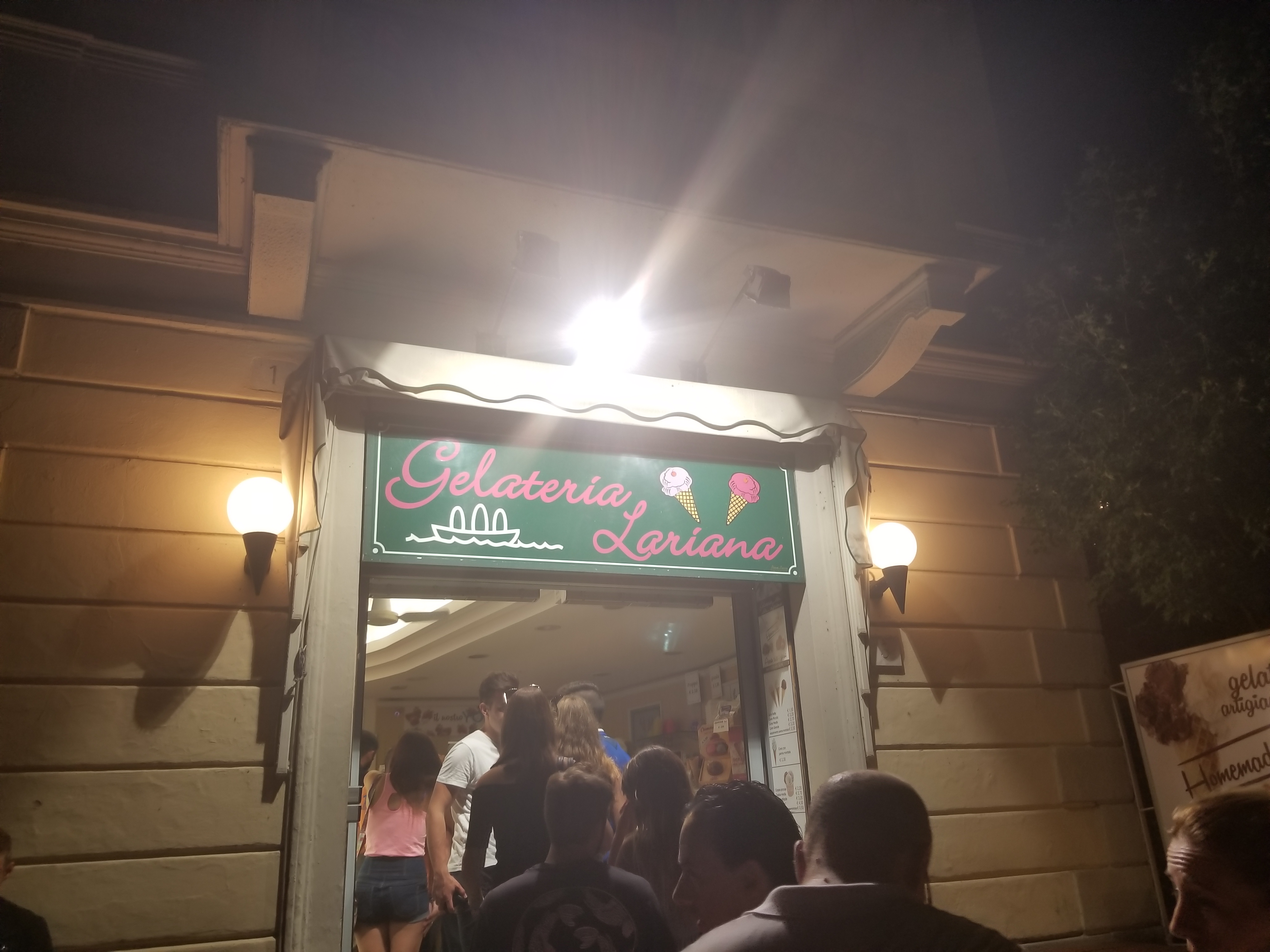 THINGS TO DO
Day trips, day trips, day trips.  While in Como, I visited Bellagio, Nesso, and Varenna.  While Bellagio is the most popular, Varenna was my favorite because it was less touristy.  I spent a lot of time on the beach in Lake Como.  The one that stands out in my mind the most is Lido di Faggeto, not because of the views (which were amazing) but because of the trek to get there.  There were so many stairs that climbing them took the same amount of time as the 20-minute bus ride!! This is an exaggeration, but seriously, there were a lot of steps!! To give your legs a break, I’d recommend taking the ferry at least once.  While more expensive than the bus, the views were amazing.  There’s a normal service and a fast ferry.  I took the fast one, which got me to Varenna in under an hour. 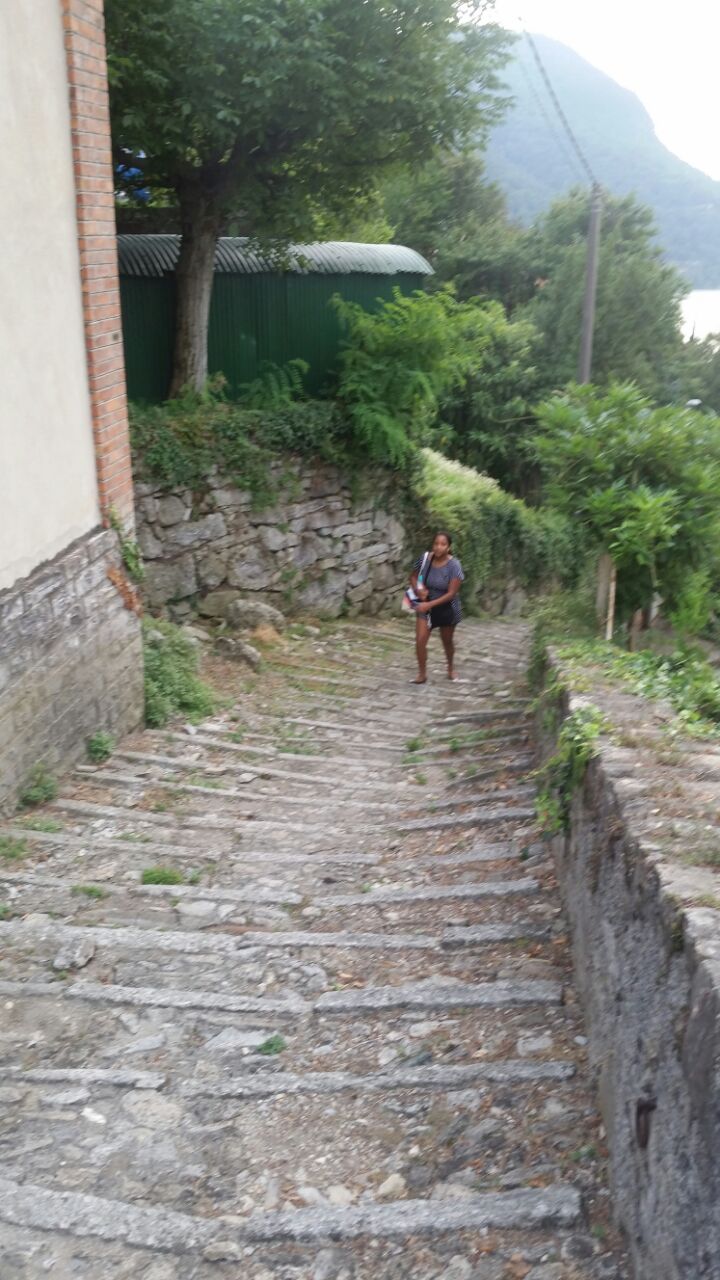 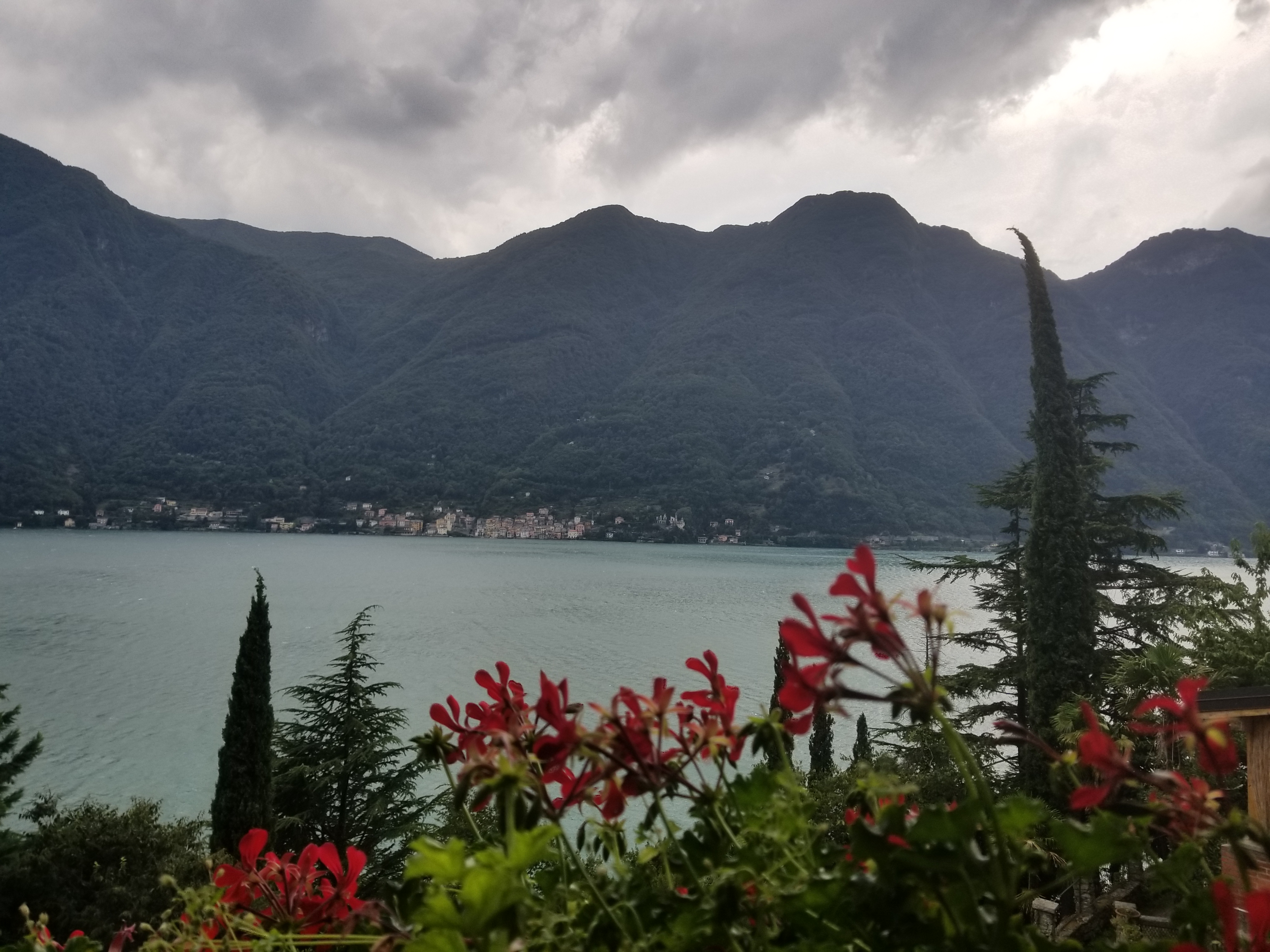 BUDGET
Here’s a breakdown of my budget for four nights in Como.  The night before I was scheduled to leave, I added an extra night to my stay.  That extra night was more than half the price of my first three nights combined since it was so last-minute. Also, I considered the one-way ferry to Varenna an activity in the budget.  I digress, here’s the breakdown.

I’m off to my next stop! Ciao for now,

No Income? No Problem! How I’m Traveling on a Budget