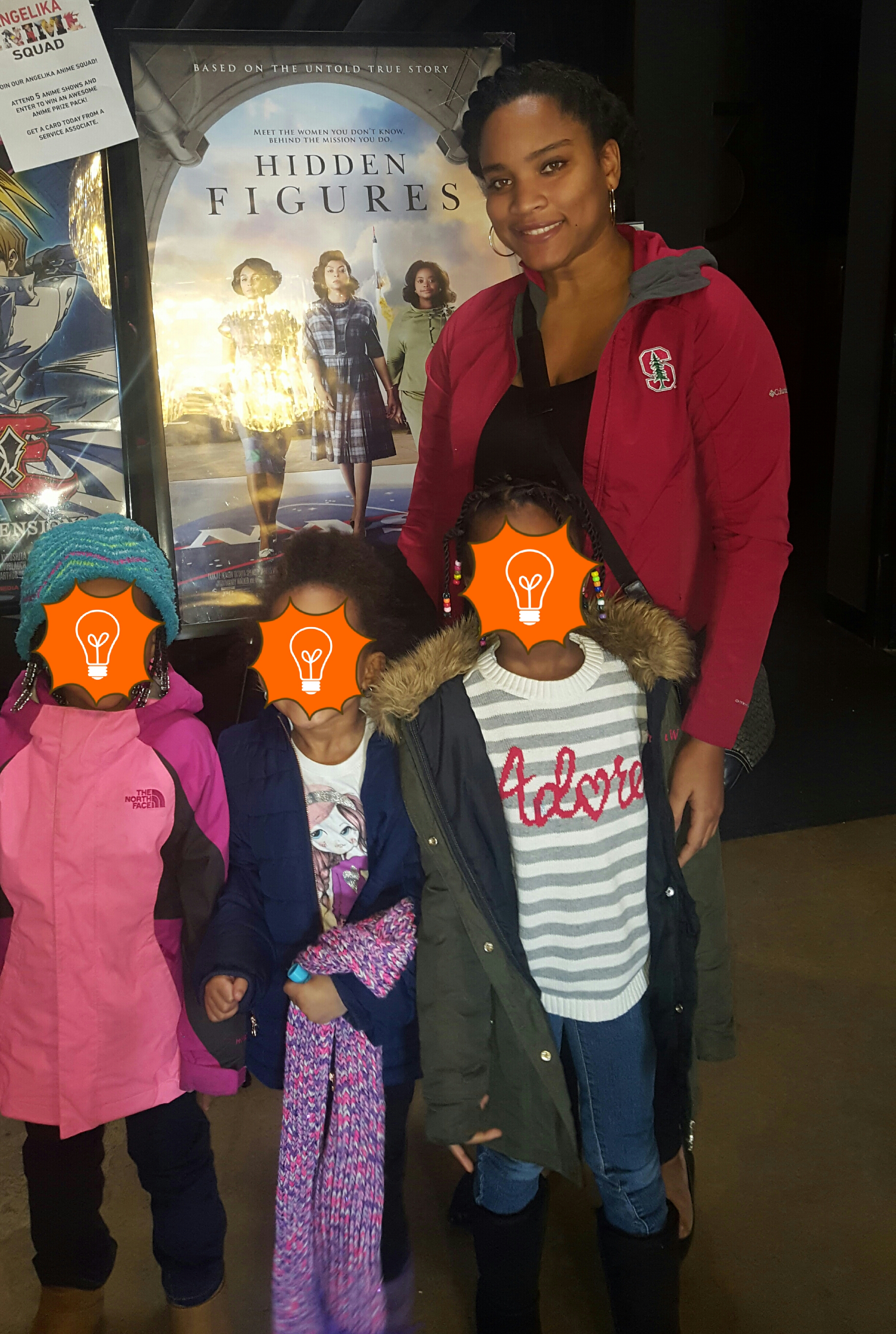 I saw Hidden Figures for a second time on Saturday.  Seeing this movie as Marissa and as Ms. M were two very different experiences.  During the former viewing, my friend and I laughed, cried, whispered “Yass” coupled with snaps when one character’s future husband said the day they met, he called his mother and asked for her ring.  Seeing it as Ms. M was extremely different.  I found myself explaining vocabulary, asking them to make predictions, feeling proud when they asked questions. The people in the row behind us were probably annoyed…guess there were some similarities to the time I saw it with my friend.

When I saw the movie as Marissa, there were scenes where I experienced anger to the point I was in tears.  As Ms. M, I had to hide some of my reactions because I did not want to shape my students’ opinions.  Kids really do pick up on everything.  At one point, I laughed and one of my kids started laughing.  When I asked what she found funny, she responded, “I don’t know, but you’re laughing.”  All that to say, kids pay close attention to adults and we shape their views, even without realizing.

When I watched the movie with my students, I let their questions guide our discussion.  Yes, we were having mini-discussions during the movie, but we were using level one voices.  Some questions were simple, like what does female mean.  This made me realize I should have front-loaded some vocabulary.  Other questions were a bit more difficult to answer, like what is segregation?  As I briefly explained that one, I started thinking about Brown v. Board and realized that I could probably use my students’ experiences in the school to explain that one.  I didn’t go there, though I could talk for hours about separate but equal aka separate and unequal…but we’ll discuss that in a future post.  We also talked about why they put the colored label on the coffee pot, the significance of knocking down the colored sign for the restrooms, sitting in the back of the bus.

If I had more time, and the ability to pause and rewind, we’d really chat.  We could talk in detail about women in the workplace, segregation, the importance of education, colorism.  That last one may sound a bit random, but it was inspired by a brief conversation between two of my girls after the movie.  I overheard one say she would go to either bathroom because she’s light skin.  Before I could chime in, they were back to skipping on the sidewalk.  I think color in the classroom (and beyond) deserves its own post.

My kids are five, so I know a lot of the content in the movie went over their heads, partially because the movie was kind of long and their attention was fading.  Still, there were some things they got.  In the opening scene, one of them said, “Look, it’s a trapezoid.”  I couldn’t even get upset at the fact that she wasn’t using a level one voice because the teacher in me was so happy that something from our geometry unit stuck.  There was also the moment when one student whispered to another, “Watch, I bet she’s going to the bathroom.”  In my mind I’m like, yes, a prediction!  The moment when one student angrily stated, “He slammed the door in her face.”  Or the scene where Katherine Johnson returned from the bathroom, drenched, and one of my kids asked if she’ll still work there.

I can’t be 100% sure what they understood in the movie, what will stick with them a year from now, a day from now, or even what stuck once we walked out the theater.  The only thing I’m certain of is this, the discussions we had, their excitement…it was worth being Ms. M for a few hours on a Saturday afternoon.

Hanging Up My Sweater: Why I’m Taking A Break from the Classroom

2 thoughts on “Hidden Figures – Through A Teacher’s Eyes”